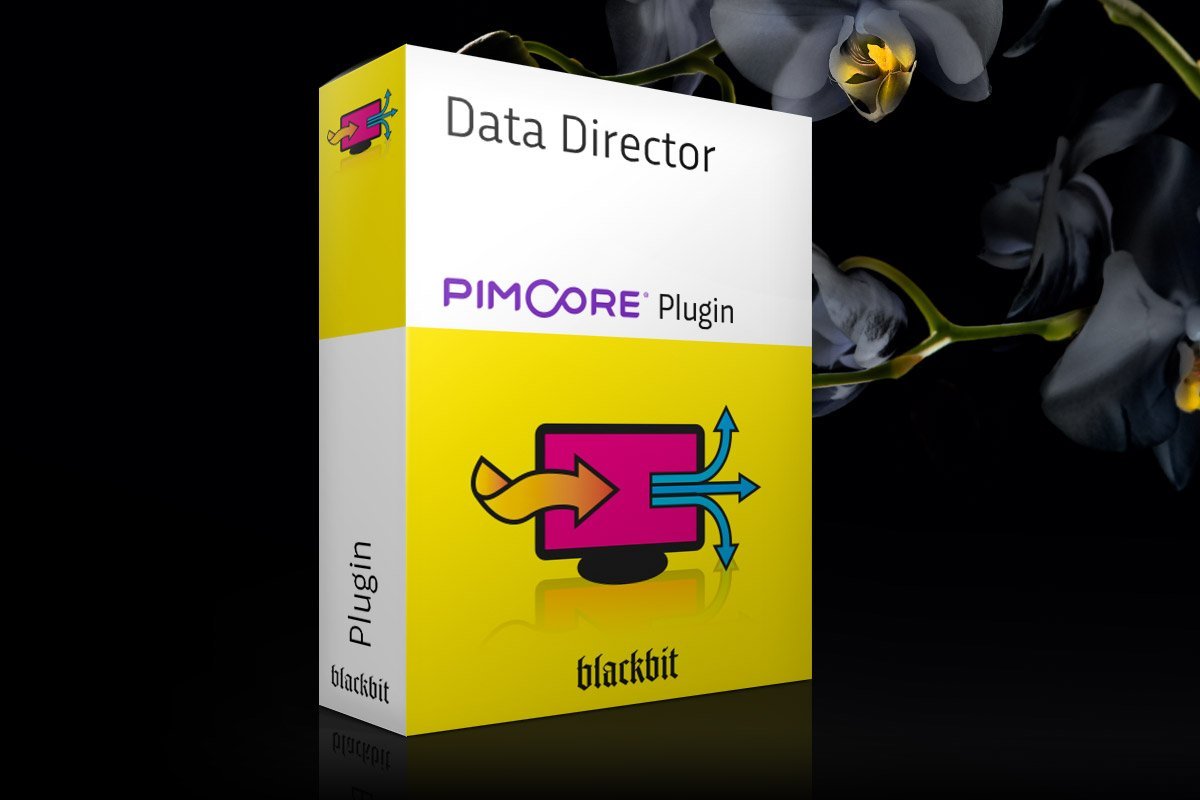 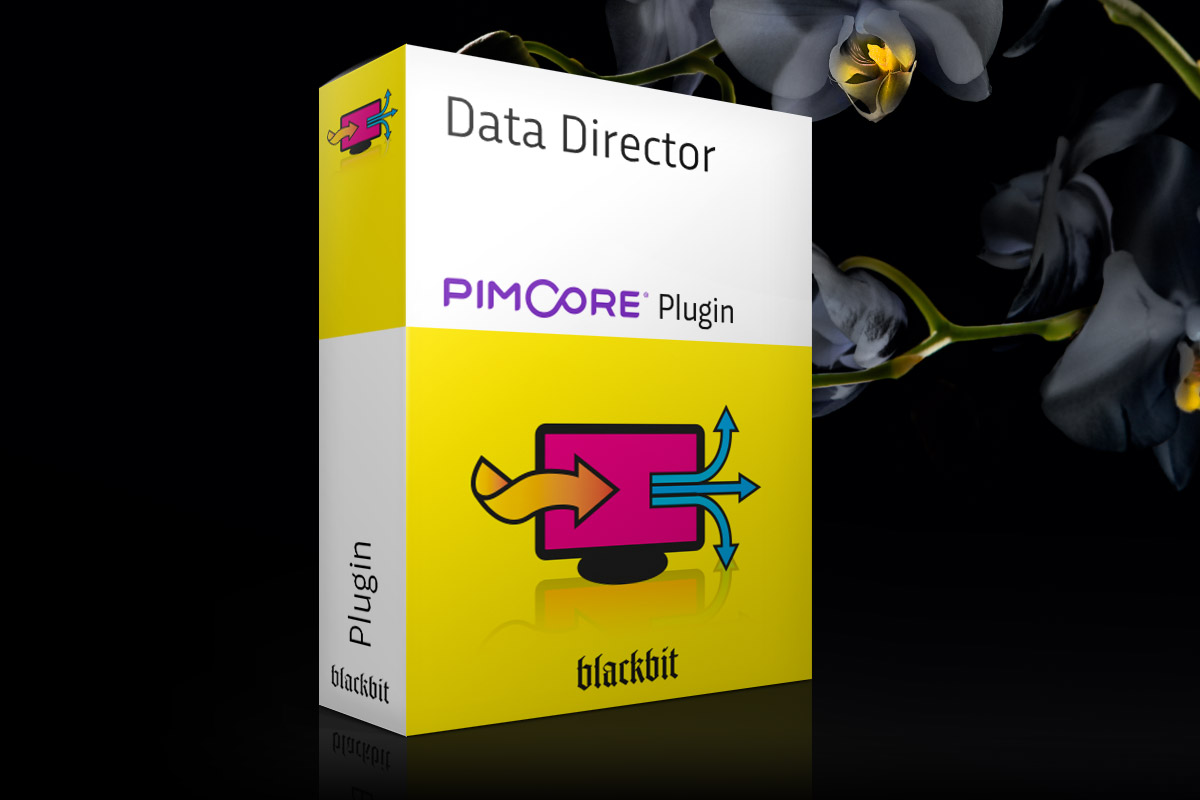 The first Data Director update after the launch of Pimcore X again provides users of the export and import bundle with a number of improvements and innovations.

Find out in detail which innovations our developers have made in the latest version of the Data Director and which improvements you can benefit from with version 2.5.0:

It is now possible to use the grid view (folder view) for filtering and then export the objects selected in it. This way you can perform ad-hoc filtered exports without having to enter an SQL condition. To start the export, there is a new option "Data Director Export" in the drop-down menu of the "CSV Export" button.

In the following modal window you can select the dataport to be used for the export (only compatible exports for the selected grid data object class are shown). 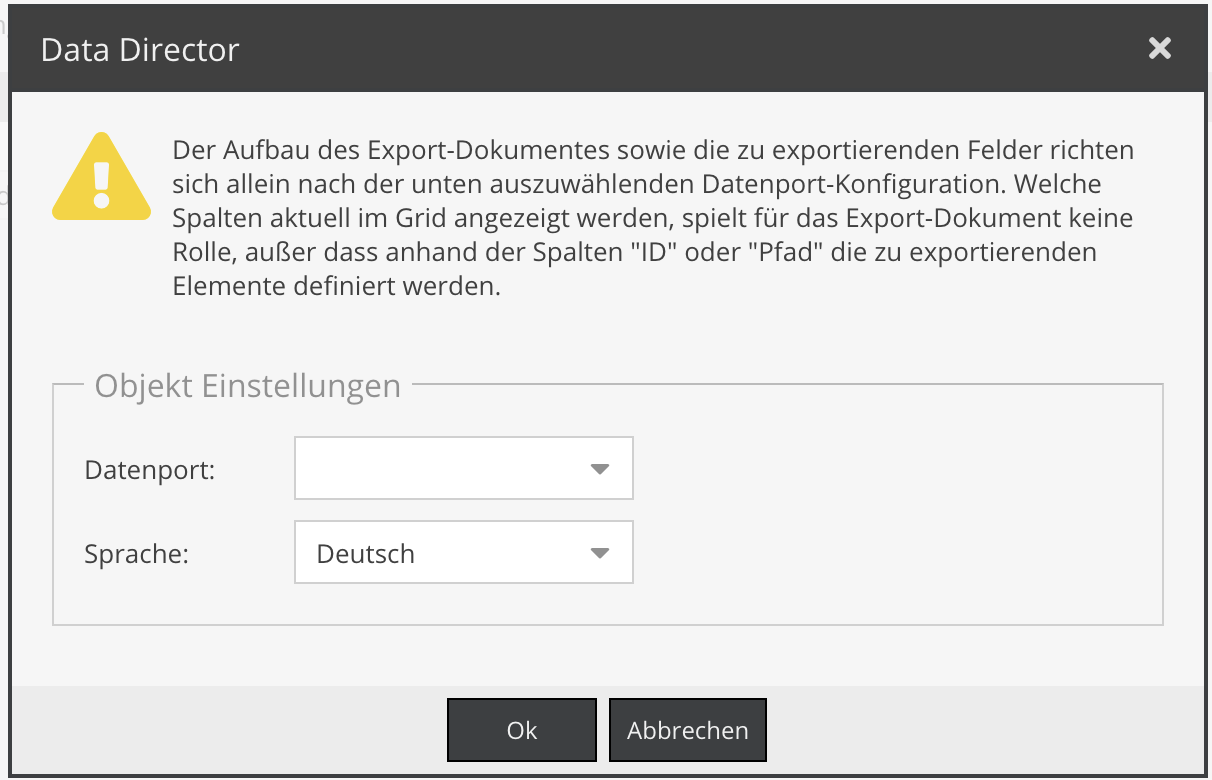 Refactoring the (automatic) exports for API use

Also important for API usage: The SQL condition from the query parameter of REST API calls for Pimcore-based dataports now extends the SQL condition in the dataport settings instead of overriding it, so that the dataport condition is not easy to&nbsp_semicolon_ bypass (in order not to retrieve unpublished objects, for example).

For incremental exports, the change timestamp of the last successful export is noted (in the object properties, analogous to imports). When the export is triggered again for this object, its current change timestamp (incl. potentially inherited fields) is compared with this property, and if the current change timestamp is not more current, the raw data of the object is not extracted again, i.e. not exported. This also allows an automatic incremental export to be performed for all potentially changed objects at once (was previously split between processes of single object exports).

Other changes in version 2.5.0

More info about the new version of the Data Director as well as a detailed version history can be found on GitHub.

For more information, detailed questions or advice about the Data Director Bundle, please contact David Gottschalk at any time.

As Executive Director of Blackbit digital Commerce GmbH, Stefano Viani manages all areas of the agency across its offices located in Göttingen, Hamburg, Berlin and Kiew. He is passionate about developing marketing strategies and implementing them as concrete measures.

In his spare time, Stefano rides his motorcycle or works out in the gym.